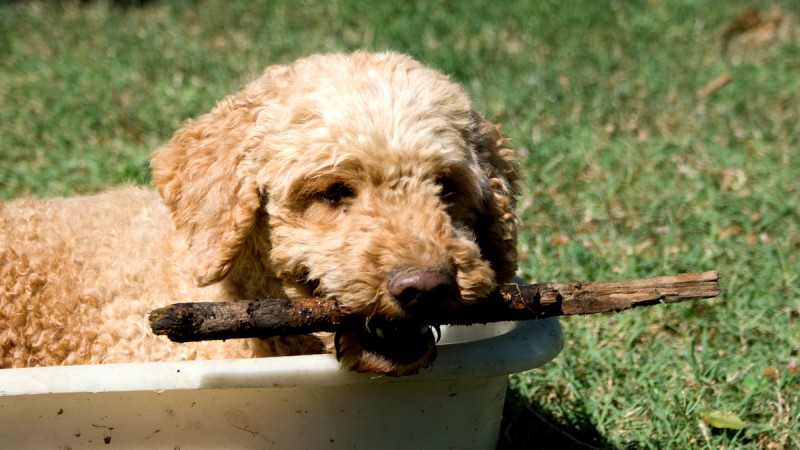 My parents got Klara in the late summer of 1999 when she was still a pup. I had just moved to California for a year, and I’ll admit that before I met her I didn’t understand what the fuss was all about. Maybe I was even a bit jealous.

Klara was the last of a litter of Lagotti Romagnoli, bred to seek truffle, and the story goes that she was so small no one wanted her. It was their loss, because not only did Klara have a great nose for truffle, but she was also a spectacularly lively dog. Even in her later years she kept acting like an overgrown puppy, always looking for someone to throw something for her to fetch—her favorite things being the walnuts falling off the trees under which she lived. And she was always completely crazy about my dad: if he was around, she had eyes, ears, and nose for no one else.

Klara was always very popular with the boy dogs. Her first pregnancy when she was just one and a half years old led to a litter of quite unpleasant puppies—I don’t know what it was, but they were just a bunch of whiny bitches. Her second one, in 2004, again due to one (or even two) dawgs from the neighborhood, gave us some amazing pups. Two of them, Dmitri and Piotr, are still with us, and I’m sure they’ll miss her a lot, in their own doggy way.