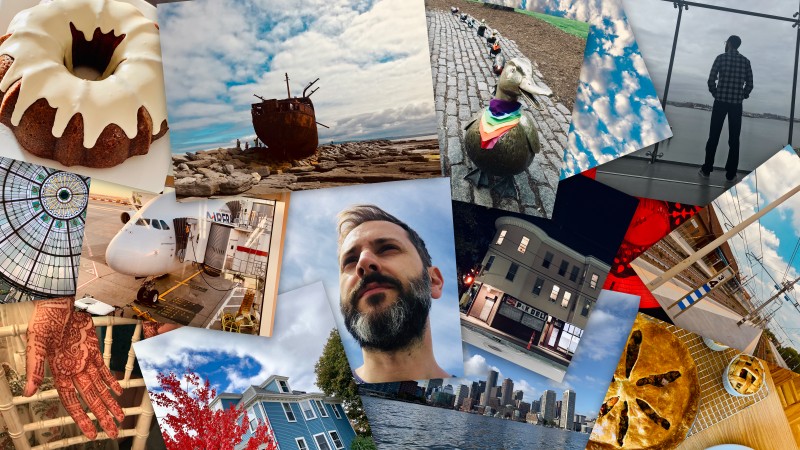 I’ve been on Flickr since 2006, when I got myself a Sony DSC-R1, which was expensive and had an amazing lens. I sold it a couple of years later just because I thought it wasn’t enough of a real camera, not being an SLR and whatnot. People make mistakes like that sometimes.

When my iPhone became my main camera, my Flickr account remained stagnant, as I struggled to get back to a complex workflow of getting my photos into Lightroom, spending hours selecting and adjusting them, then uploading full albums to Flickr. Still, I’ve kept using my account for years as an alternative to Instagram, but the spirit is definitely not the same as it was.

Also, Flickr has become progressively crappier through changes of ownership and a string of bad design choices. About three years ago I started thinking about replacing it with something I could own and control as much as possible. As with any of my personal projects it’s taken a long time, mostly because I had to invent a huge chunk of what I needed, which Drupal wasn’t doing quite right, if at all, but now I finally have it. It’s still rough around the edges and often slower than I’d like it to be, but it gets a lot of the job done.

Now that Flickr has been sold once again (SmugMug seems much better than Oath, but at this point I trust almost no one not to mess it up), it will start restricting its free tier to no more than one thousand pictures, then proceed to delete the ones in excess. This notion gave me the kick in the butt I needed to come up with a solution to import all my Flickr photos into my new site, which I accomplished a few days ago. Perhaps it didn’t make my holiday week exactly work-free, but it was fun. In the coming weeks I’ll make more of the old albums public again.

I won’t be completely unflickrd, at least for a while, until I find an app-based solution to upload photos to the new site. Until that happens, I’ll piggyback on Flickr’s app and use a good old feed to pull the uploads into the site.